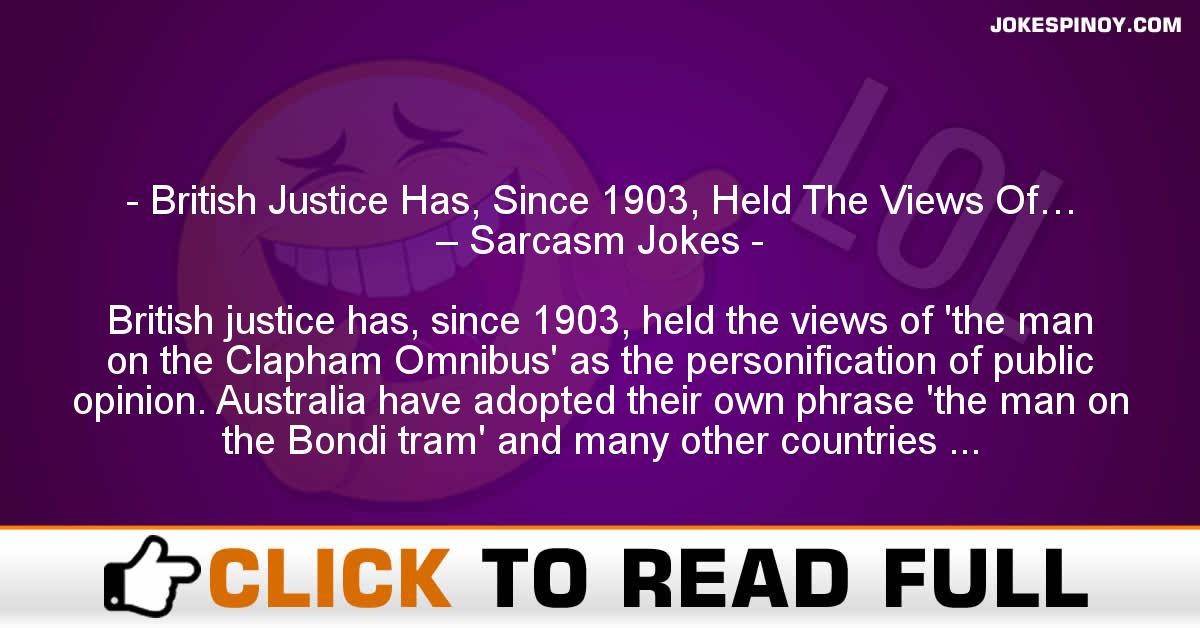 British justice has, since 1903, held the views of ‘the man on the Clapham Omnibus’ as the personification of public opinion. Australia have adopted their own phrase ‘the man on the Bondi tram’ and many other countries have local sayings that follow suit.
Today, in Britain, the woman on the tram was remanded into custody – for having an opinion!.