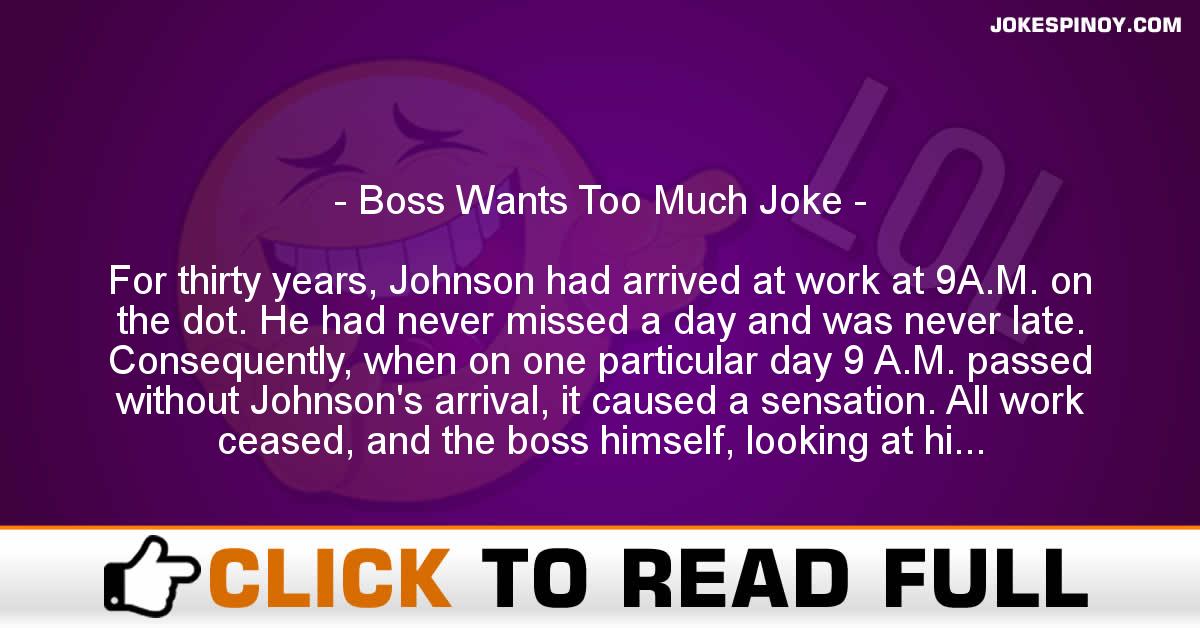 For thirty years, Johnson had arrived at work at 9A.M. on the dot. He had never missed a day and was never late. Consequently, when on one particular day 9 A.M. pa*sed without Johnson’s arrival, it caused a sensation. All work ceased, and the boss himself, looking at his watch and muttering, came out into the corridor. Finally, precisely at ten, Johnson showed up, clothes dusty and torn, his face scratched and bruised, his gla*ses bent. He limped painfully to the time clock, punched in, and said, aware that all eyes were upon him, “I tripped and rolled down two flights of stairs in the subway. Nearly killed myself.” And the boss said, “And to roll down two flights of stairs took you a whole hour?”