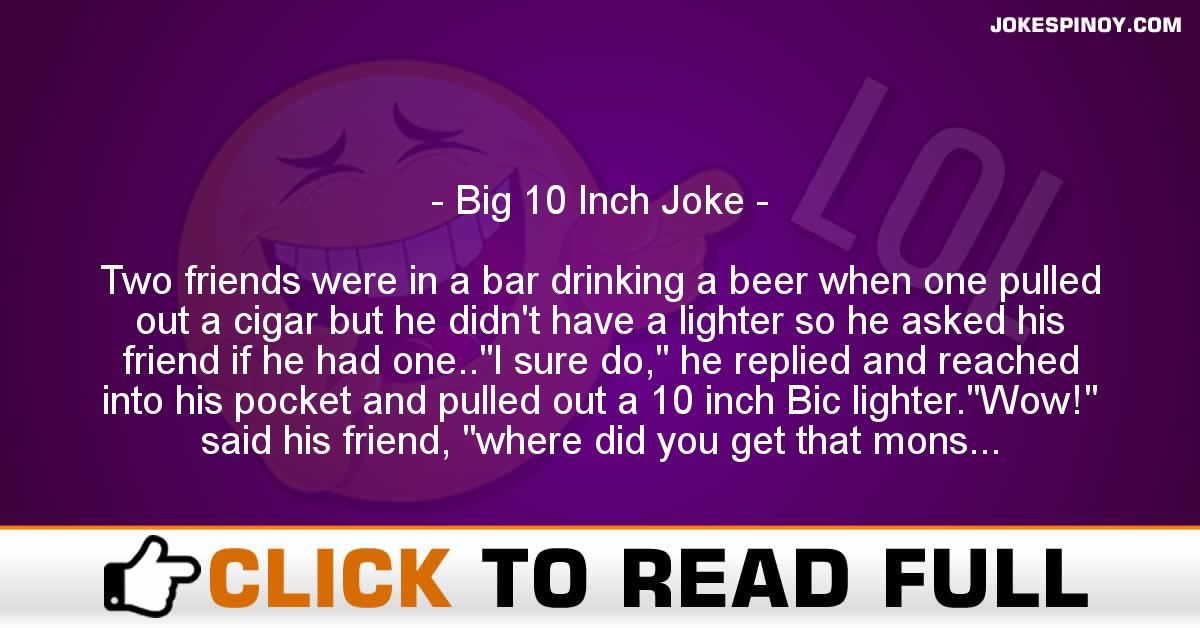 Two friends were in a bar drinking a beer when one pulled out a cigar but he didn’t have a lighter so he asked his friend if he had one..”I sure do,” he replied and reached into his pocket and pulled out a 10 inch Bic lighter.”Wow!” said his friend, “where did you get that monster.””I got it from my genie.””You have a genie?” he asked.”Yes, he’s right here in my pocket.””Could I see him?”He reaches into his pocket and pulls out a very small genie.The friend says, “I’m a good friend of your master. Will you grant me one wish?””Yes I will,” the genie said so he asks him for a million bucks and the genie hops back into his master’s pocket and leaves the man standing there waiting for his million bucks.About this time, a duck walks into the bar followed by another. Then more ducks come pouring in. Before long the entire bar has ducks everywhere. The friend tells his buddy, “What is going on here, I asked for a million bucks not ducks!”He answers, “I forgot to tell you the genie is hard of hearing. Do you really think I asked him for a 10 inch Bic?”