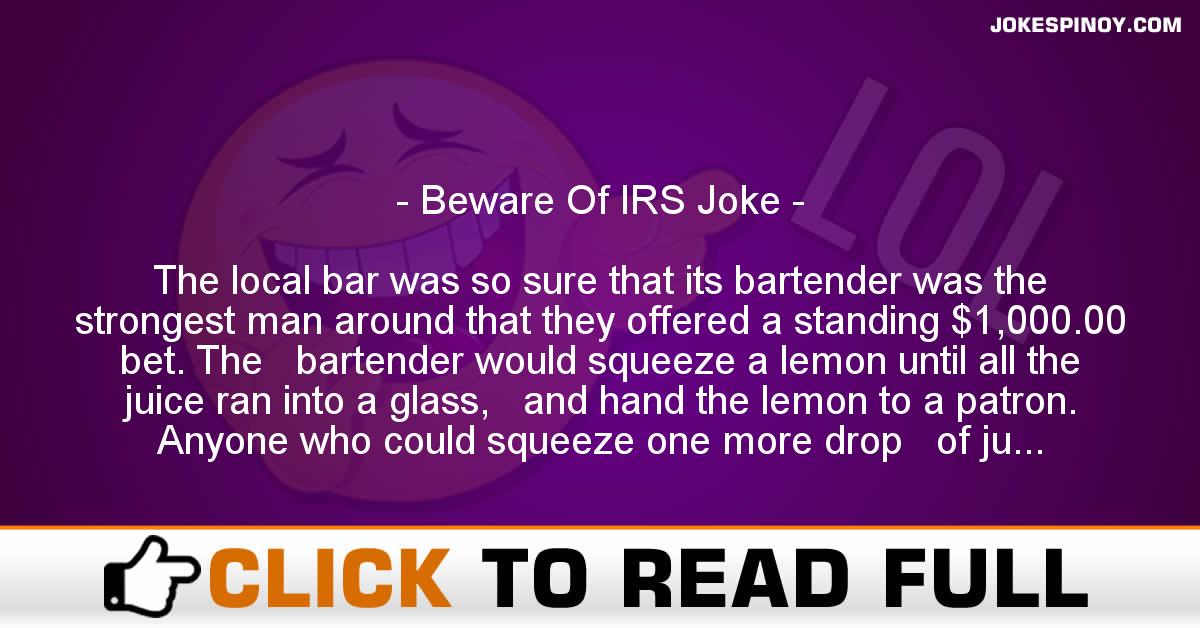 The local bar was so sure that its bartender was the strongest man around that they offered a standing $1,000.00 bet. The bartender would squeeze a lemon until all the juice ran into a gla*s, and hand the lemon to a patron. Anyone who could squeeze one more drop of juice out would win the money. Many people had tried over time (weightlifters, longshoremen, etc.) but nobody could do it. One day this scrawny little man came in, wearing thick gla*ses and a polyester suit, and said in a tiny, squeaky voice, “I’d like to try the bet.” After the laughter had died down, the bartender said OK, grabbed a lemon, and squeezed away. Then he handed the wrinkled remains of the rind to the little man. But the crowd’s laughter turned to total silence as the man clenched his fist around the lemon and six drops fell into the gla*s. As the crowd cheered, the bartender paid the $1,000.00, and asked the little man, “what do you do for a living? Are you a lumberjack, a weightlifter, or what?” The man replied, “I work for the IRS.”