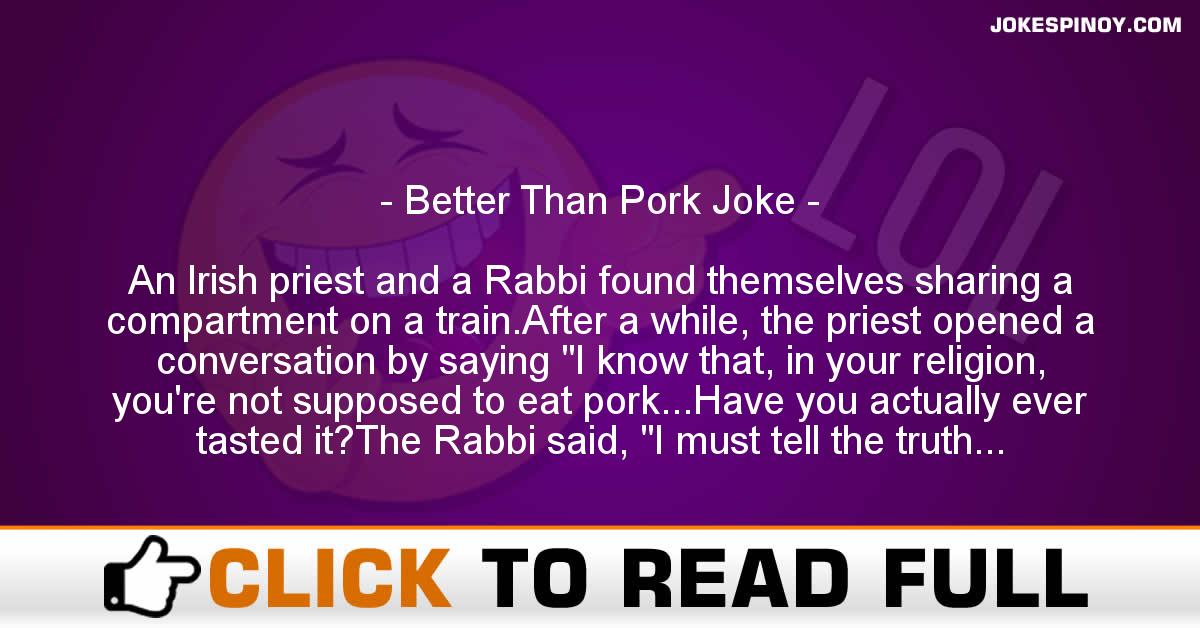 An Irish priest and a Rabbi found themselves sharing a compartment on a train.After a while, the priest opened a conversation by saying “I know that, in your religion, you’re not supposed to eat pork…Have you actually ever tasted it?The Rabbi said, “I must tell the truth. Yes, I have, on the odd occasion.”Then the Rabbi had his turn of interrogation. He asked, “Your religion, too…I know you’re supposed to be celibate. But….”The priest replied, “Yes, I know what you’re going to ask. I have succumbed once or twice.”There was silence for a while. Then the Rabbi peeped around the newspaper he was reading and said, “Better than pork, isn’t it?”