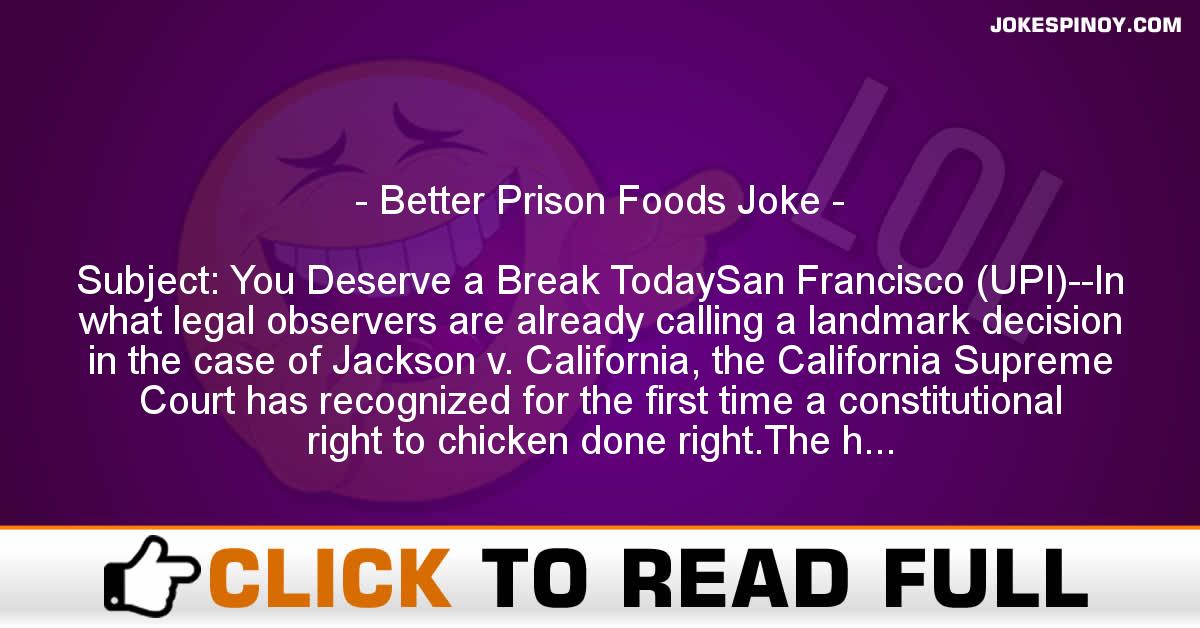 Subject: You Deserve a Break TodaySan Francisco (UPI)–In what legal observers are already calling a landmark decision in the case of Jackson v. California, the California Supreme Court has recognized for the first time a constitutional right to chicken done right.The high court held that under the the due process clause and the constitutional prohibition of cruel and unusual punishment, Joseph Jackson, a prisoner at the California Men’s Correctional Institue at Camarillo, is entitled to food “of fair average quality,” or “comparable to the fare at a modest restaurant or fast-food chain.”Mr. Jackson had complained of the poor quality of the prison kitchen’s Coq au Vin ….