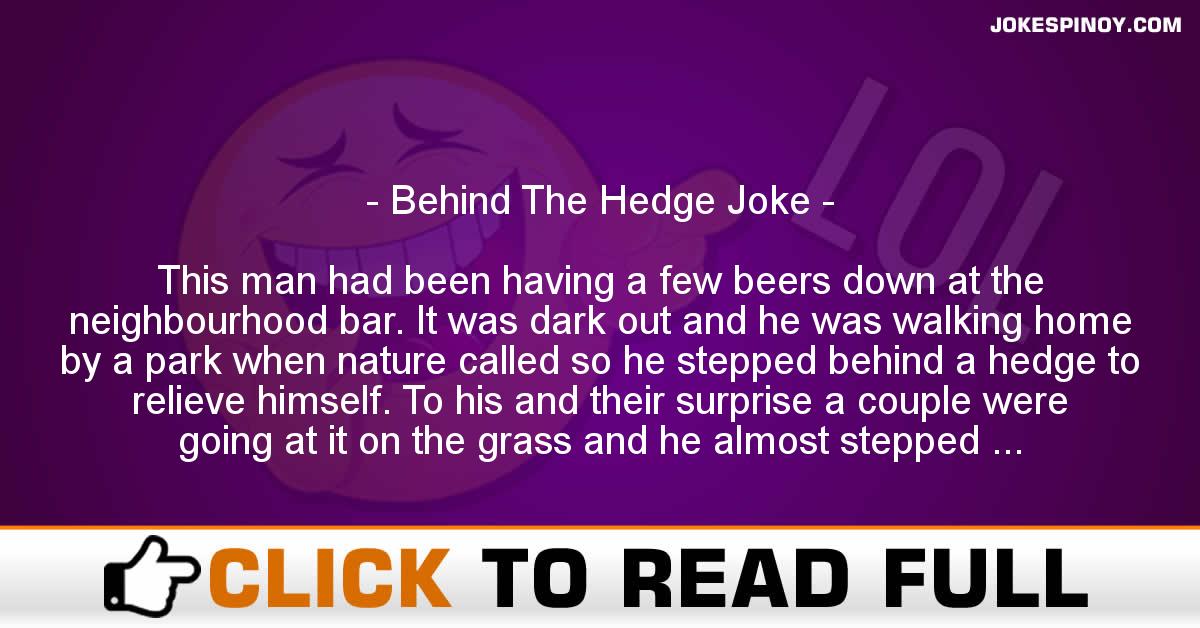 This man had been having a few beers down at the neighbourhood bar. It was dark out and he was walking home by a park when nature called so he stepped behind a hedge to relieve himself. To his and their surprise a couple were going at it on the gra*s and he almost stepped on them. The guy got up and took off running.The man could see the naked outline of the gals bare legs as she continued to lie there while he relieved himself. He could feel his interest grow as he finished. Without a word he got down on his knees between her legs and took advantage of the situation. She embraced him and showed her willingness.Just as they were both getting into it hot and heavy a cop walked by and shined his flashlight on them saying, “What the hell do you think your doing, this is a public park.”The man said, “But officer this is my wife.”The officer said, “Oh, I didn’t know she was your wife.”The man said, “Neither did I ’till you shined your light on her.”