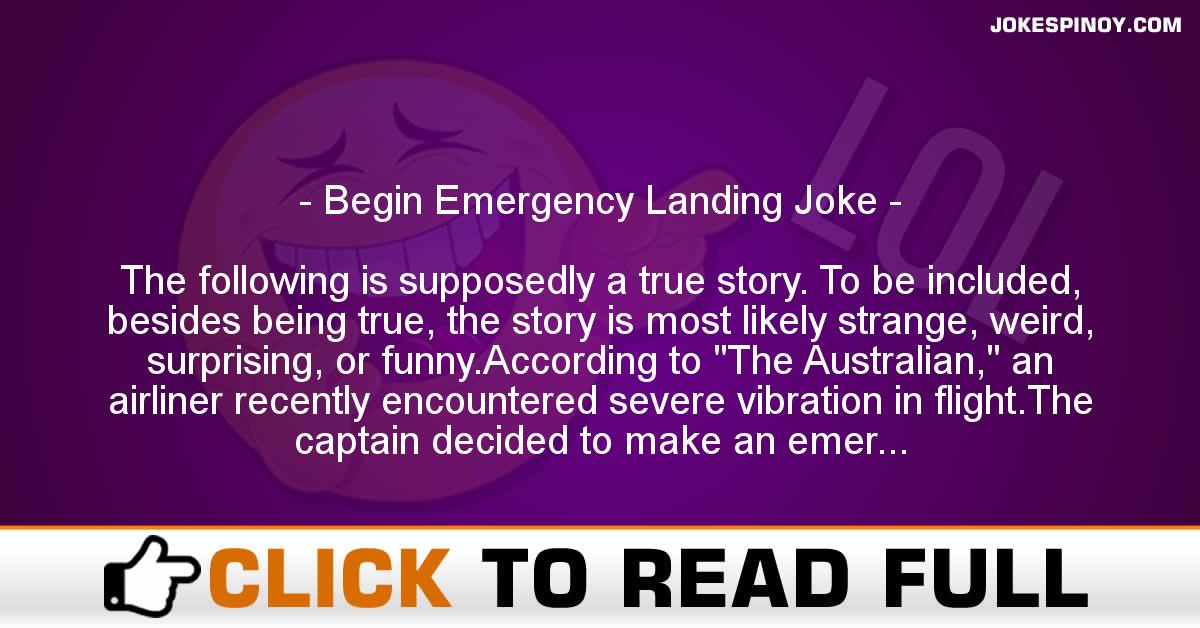 The following is supposedly a true story. To be included, besides being true, the story is most likely strange, weird, surprising, or funny.According to “The Australian,” an airliner recently encountered severe vibration in flight.The captain decided to make an emergency landing, and switched on the seat belt sign.The vibration stopped immediately.A passenger emerged from a lavatory and explained that he had been jogging in place inside.