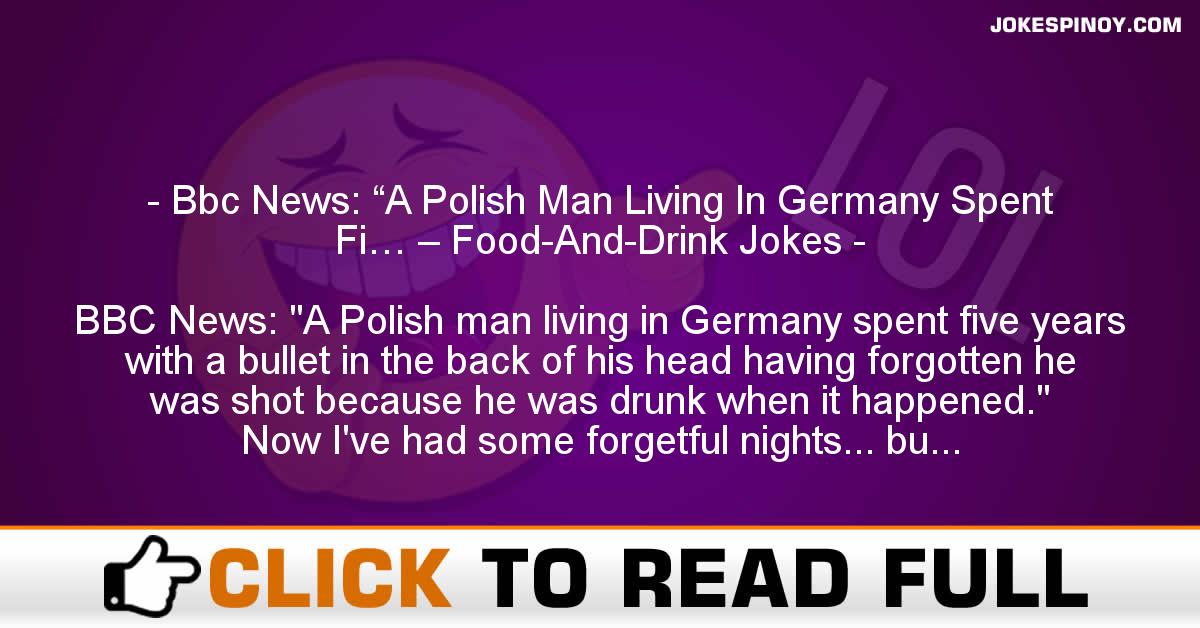 BBC News: “A Polish man living in Germany spent five years with a bullet in the back of his head having forgotten he was shot because he was drunk when it happened.”
Now I’ve had some forgetful nights… but being shot in the head! I don’t care what you say about those Poles, they sure know how to drink!