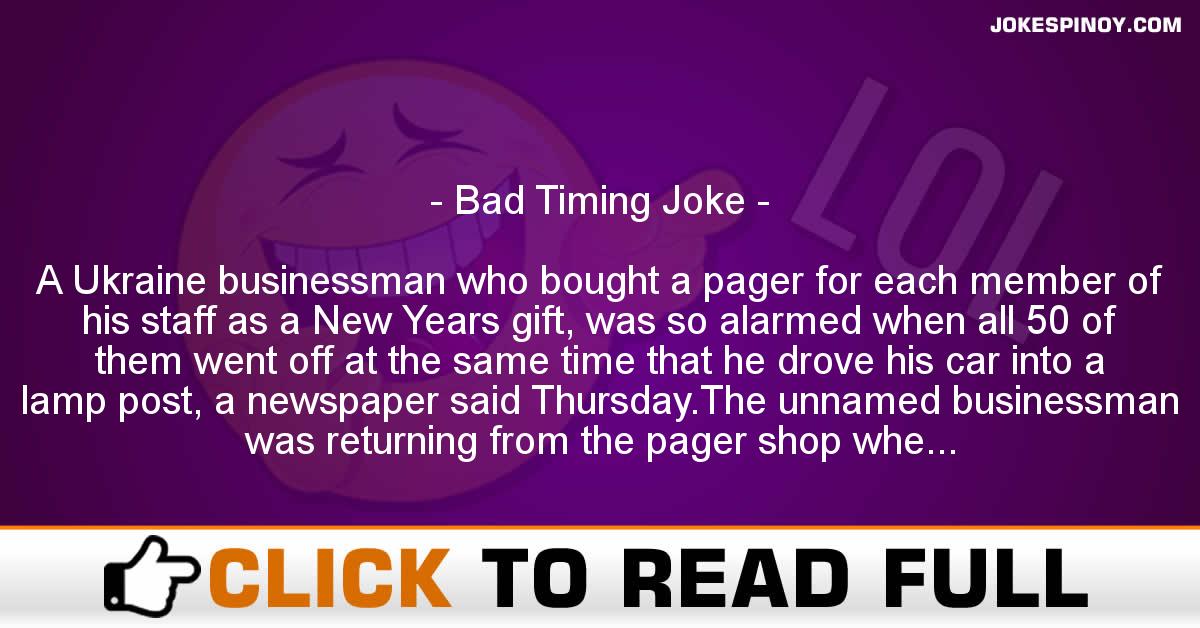 A Ukraine businessman who bought a pager for each member of his staff as a New Years gift, was so alarmed when all 50 of them went off at the same time that he drove his car into a lamp post, a newspaper said Thursday.The unnamed businessman was returning from the pager shop when the accident happened, the Fakty daily reported.”With no more than 100 meters to go to the office, the 50 pagers on the back seat suddenly burst out screeching.The businessman’s fright was such that he simply let go of the steering wheel and the car ploughed into a lamp post.”After he had a*sessed the damage to the car, the businessman turned his attention to the message on the 50 pagers. It read: “Congratulations on a successful purchase!”