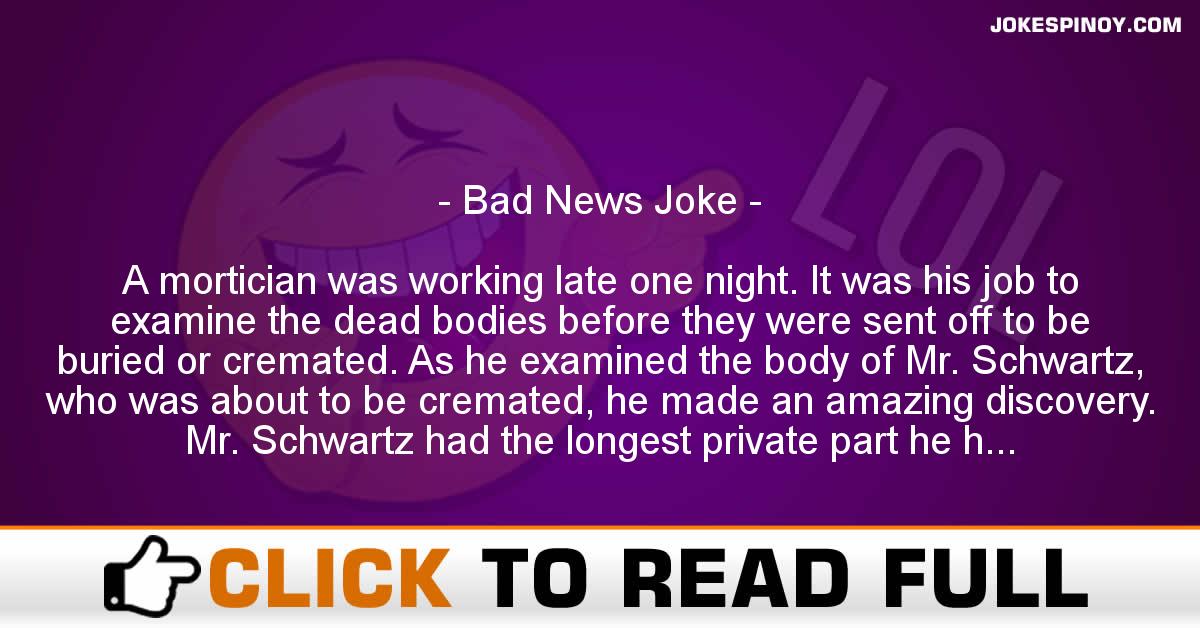 A mortician was working late one night. It was his job to examine the dead bodies before they were sent off to be buried or cremated. As he examined the body of Mr. Schwartz, who was about to be cremated, he made an amazing discovery. Mr. Schwartz had the longest private part he had ever seen! “I’m sorry Mr. Schwartz” said the mortician, “but I can’t send youoff to be cremated with a tremendously huge private part like this.It has to be saved for posterity.” With that, the mortician used his tools to remove the dead man’sschlong. He stuffed his prize into a briefcase and took it home. The first person he showed it to was his wife. “I have something to show you that you won’t believe,” he said, and opened up his briefcase. “Oh my God!” she screamed. “Schwatrz is dead!”