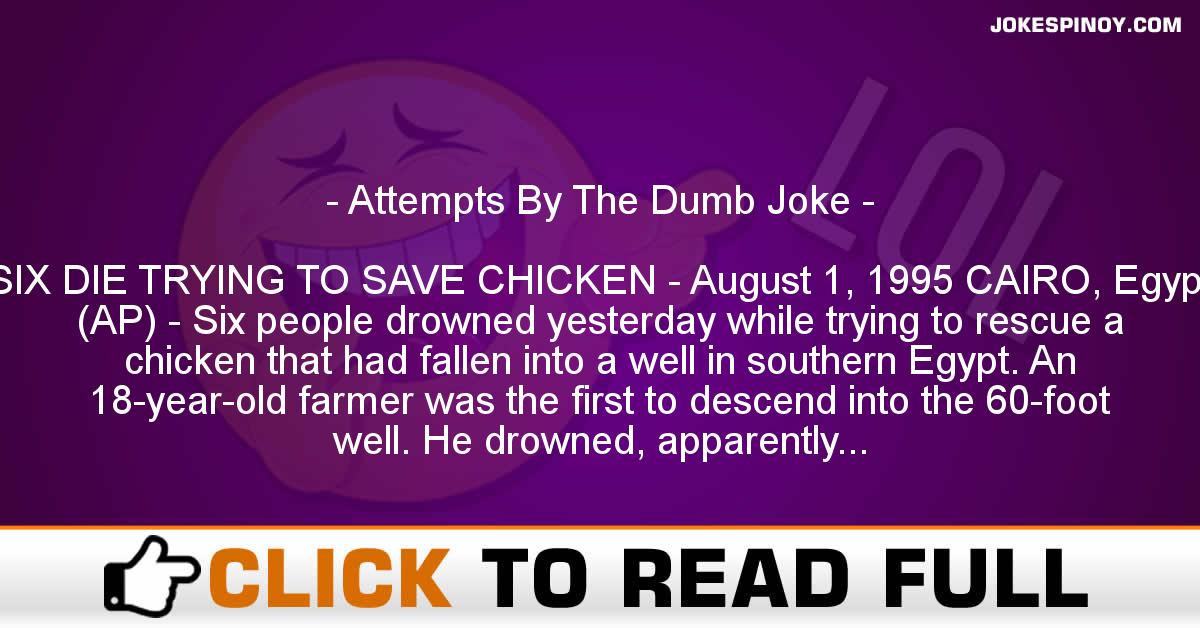 SIX DIE TRYING TO SAVE CHICKEN – August 1, 1995 CAIRO, Egypt (AP) – Six people drowned yesterday while trying to rescue a chicken that had fallen into a well in southern Egypt. An 18-year-old farmer was the first to descend into the 60-foot well. He drowned, apparently after an undercurrent in the water pulled him down, police said. His sister and two brothers, none of whom could swim well, went in one by one to help him, but also drowned. Two elderly farmers then came to help, but they apparently were pulled down by the same undercurrent. The bodies of the six were later pulled out of the well in the village of Nazlat Imara, 240 miles south of Cairo. The chicken was also pulled out. It survived. Man Killed Repairing Truck – April 1, 1995 Kalamazoo Gazette — James Burns, 34, of Alamo, Mich., was killed in March as he was trying to repair what police described as a “farm-type dump truck. ” Burns got a friend to drive the truck on a highway while Burns hung underneath so that he could asthe source of a troubling noise. Burns’s clothes caught on something, however, and the other man found Burns “wrapped in the drive shaft.”