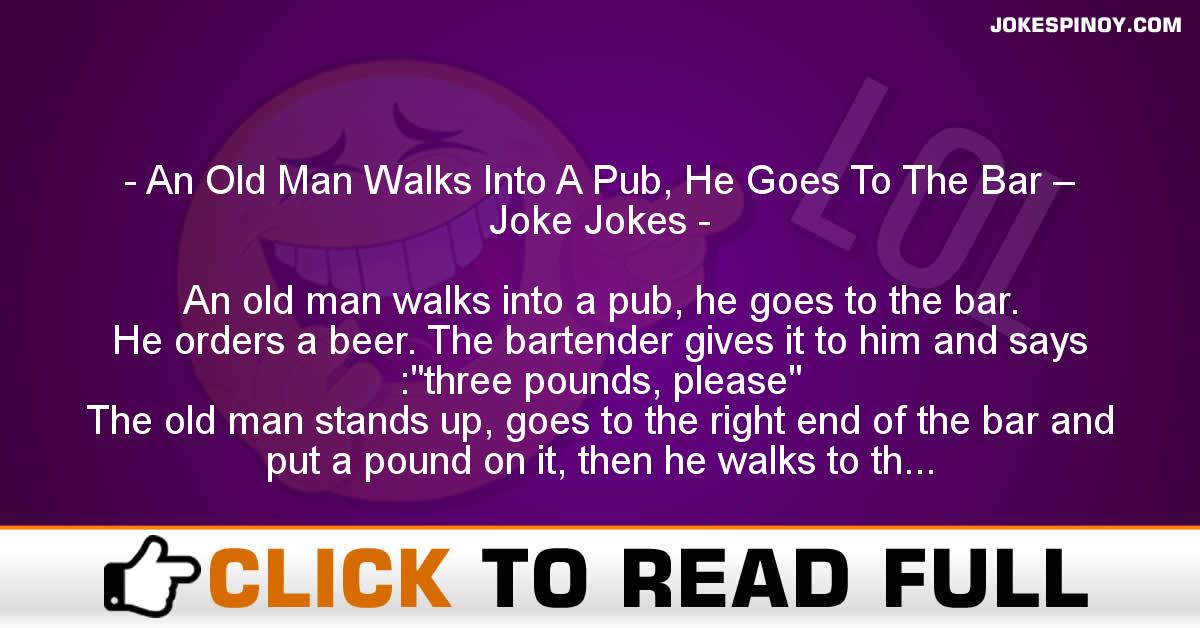 An old man walks into a pub, he goes to the bar.
He orders a beer. The bartender gives it to him and says :”three pounds, please”
The old man stands up, goes to the right end of the bar and put a pound on it, then he walks to the left end of the bar and also put a pound on it. He gets back to the center of the bar and puts the final pound in front of his beer. The bartender is quite angry but he can’t refuse the money. The old man drinks his beer and walks away
On the next day, he comes back, orders a beer and pays the same way. The bartender is getting more and more angry. For a week, the old man keeps coming and paying in this odd way.
A day, when he wants to pay, the old man notices he only got a five-pound note. He gives it to the bartender, who is ready to take his revenge : He gives the beer, goes to the left end of the bar, puts a pound, then to the right end and puts the second pound. He goes back to the old man with a big smile on his face.
The old man doesn’t move, drinks his beer, takes his wallet. He takes a pound, puts it in front of him and says : “I’ll have another beer, please”.