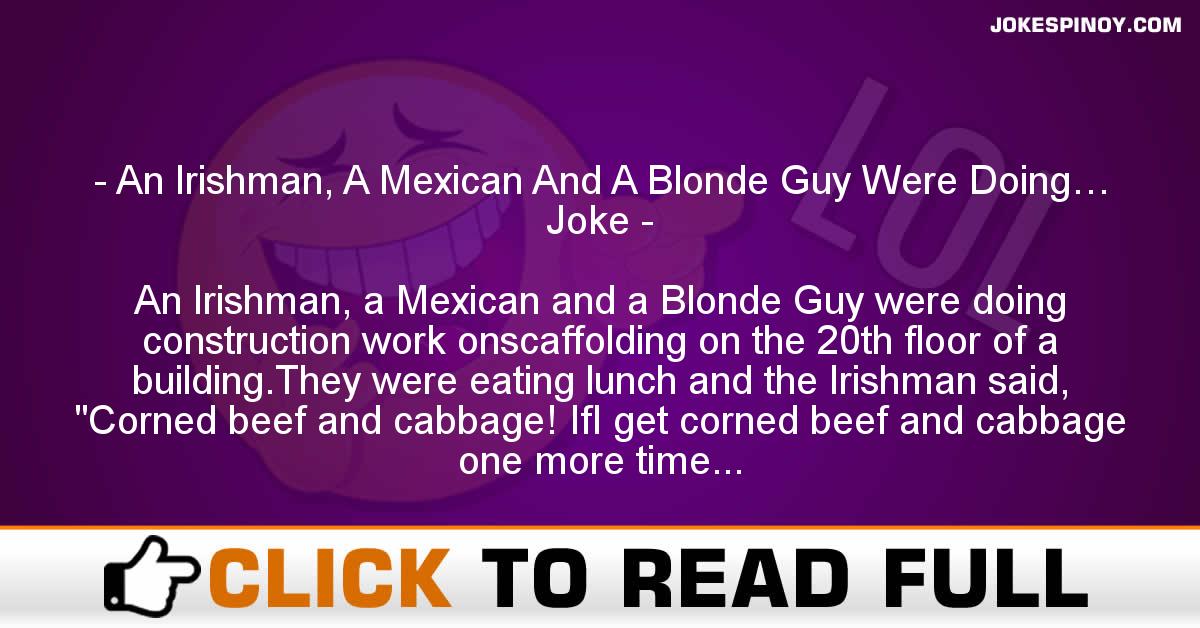 An Irishman, a Mexican and a Blonde Guy were doing construction work onscaffolding on the 20th floor of a building.They were eating lunch and the Irishman said, “Corned beef and cabbage! IfI get corned beef and cabbage one more time for lunch, I’m going to jumpoff this building.”The Mexican opened his lunch box and exclaimed, Burritos again! If I getburritos one more time I’m going to jump off, too.”The blond opened his lunch and said, Bologna again! If I get a bolognasandwich one more time, I’m jumping too.”The next day, the Irishman opened his lunch box, saw corned beef andcabbage, and jumped to his death. The Mexican opened his lunch, saw aburrito, and jumped, too. The blonde guy opened his lunch, saw the bolognaand jumped to his death as well.At the funeral, the Irishman’s wife was weeping. She said, “If I’d knownhow really tired he was of corned beef and cabbage, I never would havegiven it to him again!” The Mexican’s wife also wept and said, “I couldhave given him tacos or enchiladas! I didn’t realize he hated burritos somuch.”Everyone turned and stared at the blonde’s wife. The blonde’s wife said,”Don’t look at me. He makes his own lunch.”