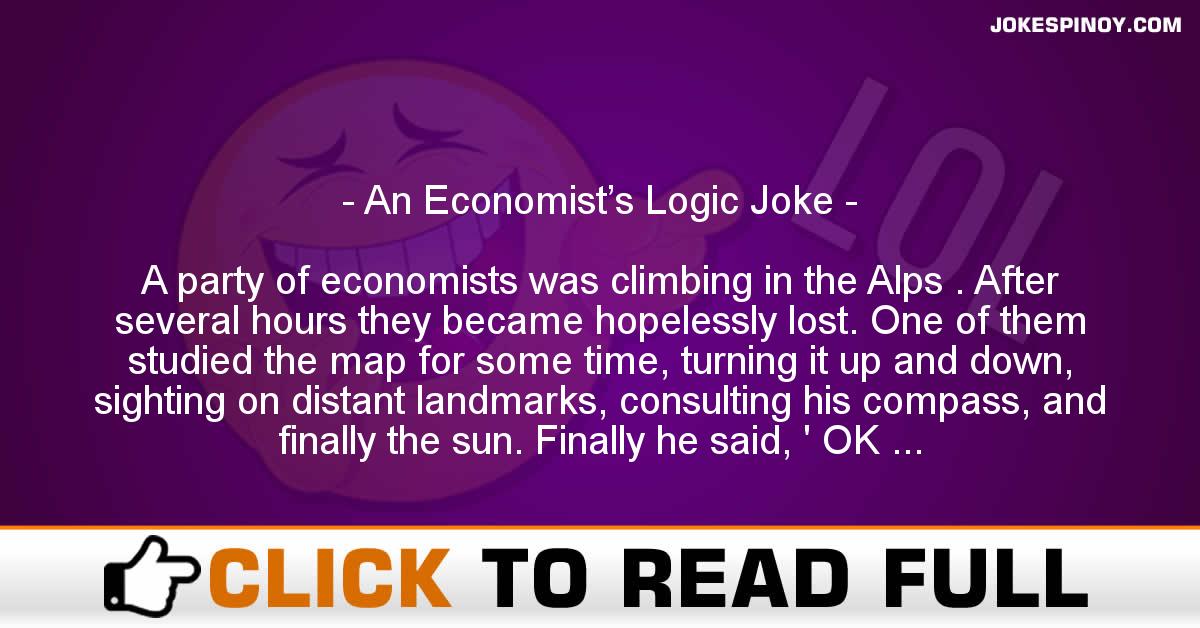 A party of economists was climbing in the Alps . After several hours they became hopelessly lost. One of them studied the map for some time, turning it up and down, sighting on distant landmarks, consulting his compass, and finally the sun. Finally he said, ‘ OK see that big mountain over there?’ ‘Yes’, answered the others eagerly. ‘Well, according to the map, we’re standing on top of it.’