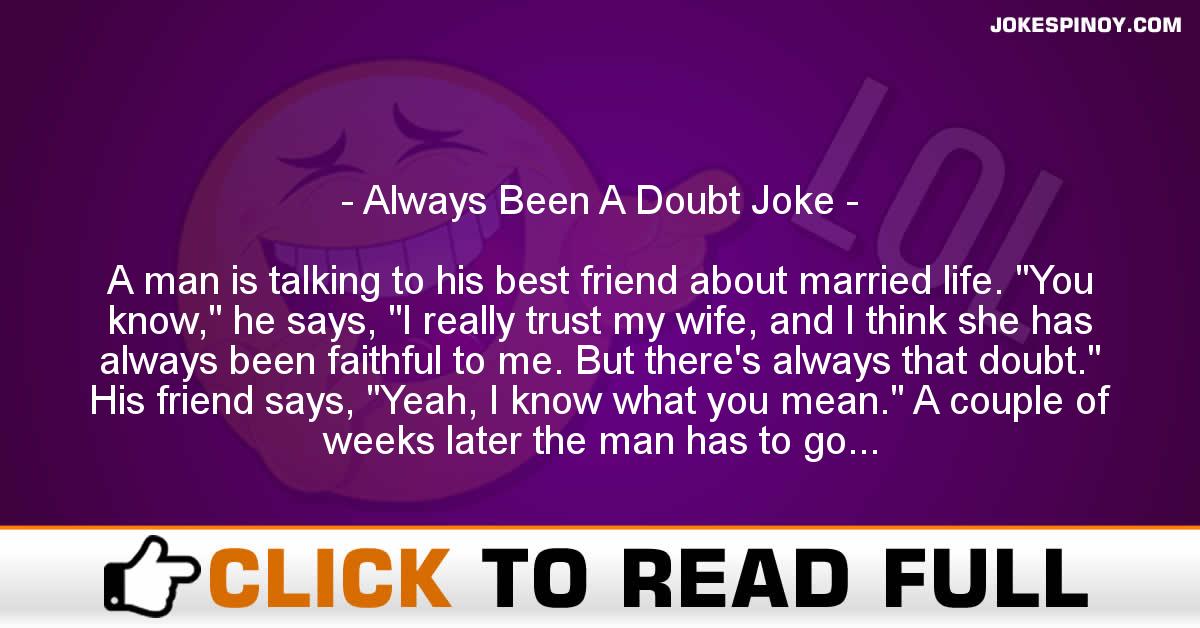 A man is talking to his best friend about married life. “You know,” he says, “I really trust my wife, and I think she has always been faithful to me. But there’s always that doubt.” His friend says, “Yeah, I know what you mean.” A couple of weeks later the man has to go out of town on business. Before he goes, he gets together with his friend. “While I’m away, could you do me a favor? Could you watch my house and see if there is anything fishy going on? I mean, I trust my wife but there’s always that doubt.” The friend agrees to help out, and the man leaves town. Two weeks later he comes back and meets his friend. “So did anything happen?” “I have some bad news for you,” says the friend. “The day after you left I saw a strange car pull up in front of your house. The horn honked and your wife ran out and got into the car and they drove away. Later, after dark, the car came back. I saw your wife and a strange man get out. They went into the house and I saw a light go on, so I ran over and looked in the window. Your wife was kissing the man. Then he took off his shirt. Then she took off her blouse. Then they turned off the light.” “Then what happened?” says the man. “I don’t know. It was too dark to see.” “Damn, you see what I mean? There’s always that doubt.”