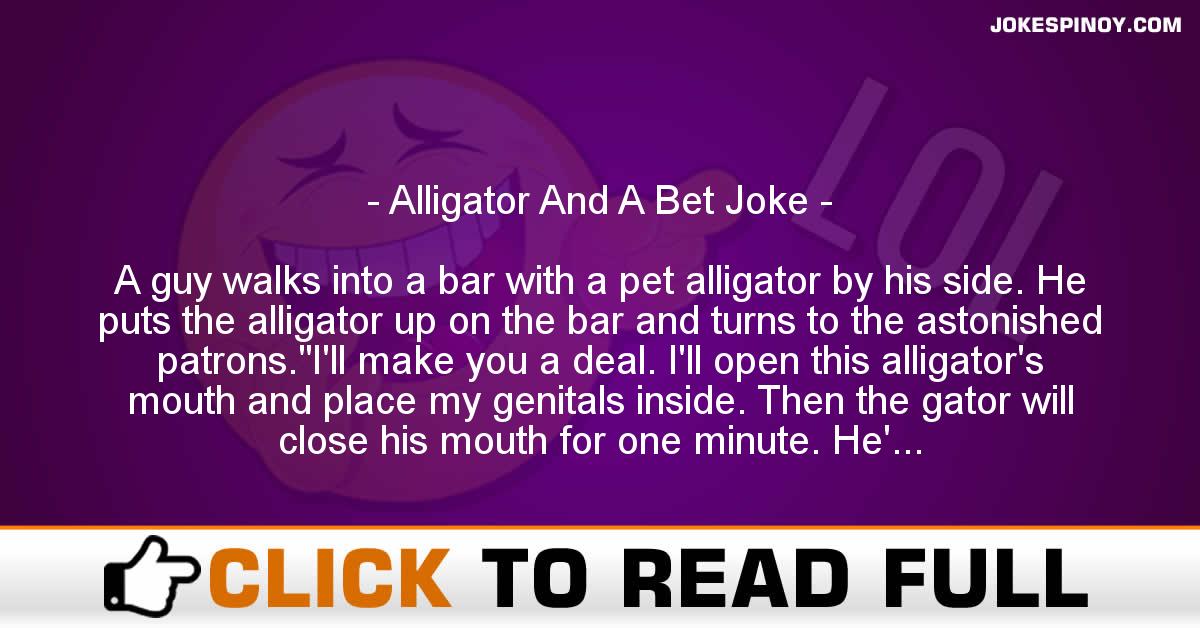 A guy walks into a bar with a pet alligator by his side. He puts the alligator up on the bar and turns to the astonished patrons.”I’ll make you a deal. I’ll open this alligator’s mouth and place my genitals inside. Then the gator will close his mouth for one minute. He’ll then open his mouth and I’ll remove my unit unscathed. In return for witnessing this spectacle, each of you will buy me a drink.”The crowd murmured their approval.The man stood up on the bar, dropped his trousers, and placed his privates in the alligator’s open mouth. The gator closed his mouth as the crowd gasped.After a minute, the man grabbed a beer bottle and rapped the alligator hard on the top of its head.The gator opened his mouth and the man removed his genitals unscathed as promised.The crowd cheered and the first of his free drinks was delivered.The man stood up again and made another offer. “I’ll pay anyone $100 who’s willing to give it a try”.A hush fell over the crowd. After a while, a hand went up in the back of the bar.A BLONDE woman timidly spoke up. “I’ll try, but you have to promise not to hit me on the head with the beer bottle.”