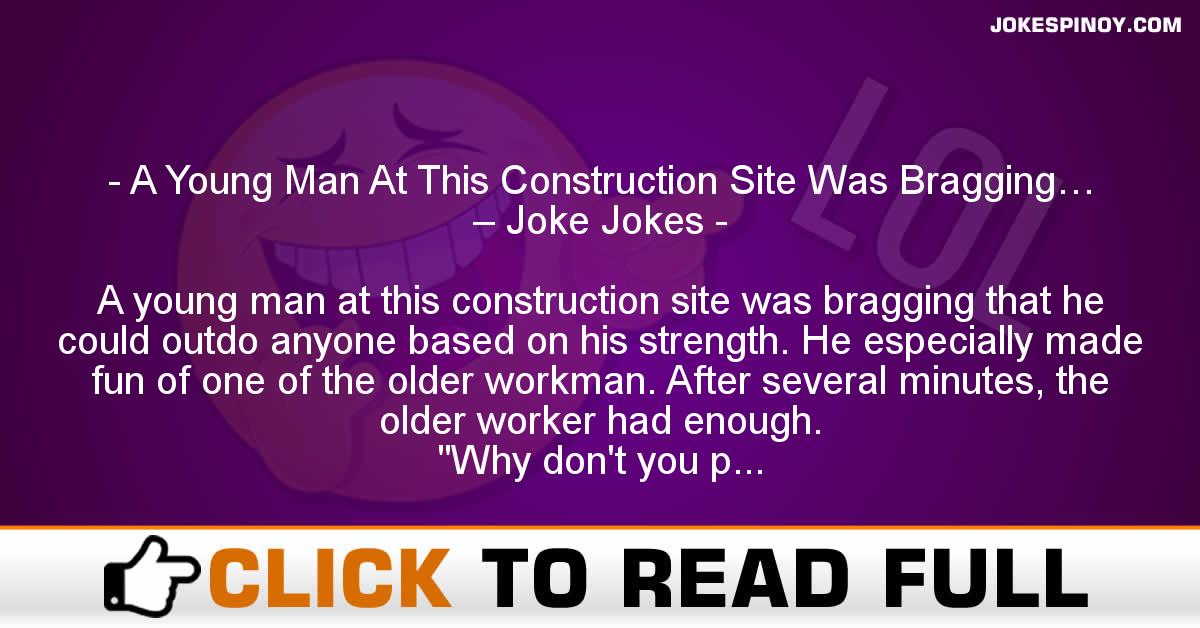 A young man at this construction site was bragging that he could outdo anyone based on his strength. He especially made fun of one of the older workman. After several minutes, the older worker had enough.
“Why don’t you put your money where you mouth is?” he said. “I’ll bet a week’s wages that I can haul something in a wheelbarrow over to the other building that you won’t be able to wheel back.”
“You’re on, old man,” the young man replied. “Let’s see what you’ve got.”
The old man reached out and grabbed the wheelbarrow by the handles. Then, nodding to the young man, he said with a smile, “alright. Get in.”