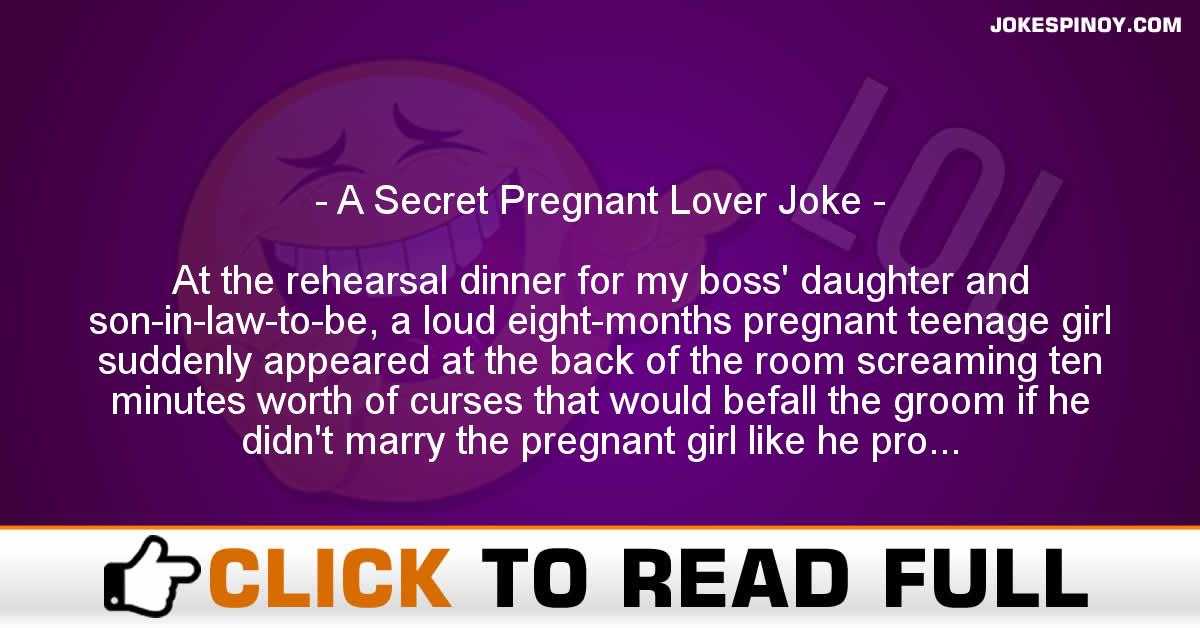 At the rehearsal dinner for my boss’ daughter and son-in-law-to-be, a loud eight-months pregnant teenage girl suddenly appeared at the back of the room screaming ten minutes worth of curses that would befall the groom if he didn’t marry the pregnant girl like he promised. It was set up by the boss’ wife, and I am told that the groom very nearly burst into tears protesting his innocence.