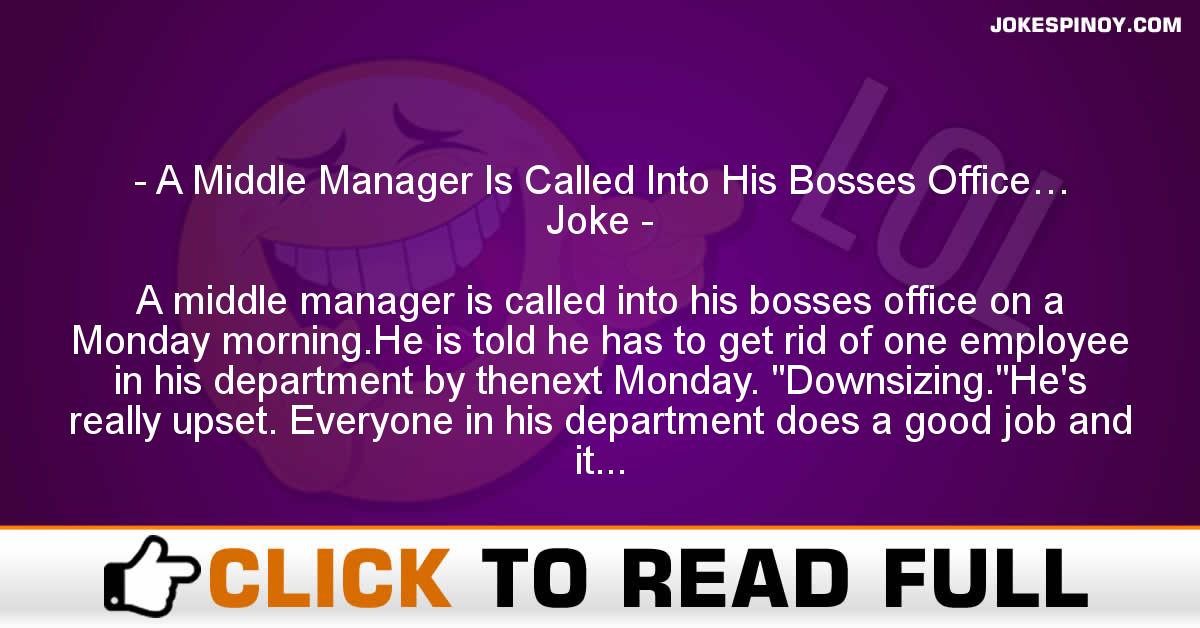 A middle manager is called into his bosses office on a Monday morning.He is told he has to get rid of one employee in his department by thenext Monday. “Downsizing.”He’s really upset. Everyone in his department does a good job and itdoesn’t seem fair. So for the next 2 days he racks his brain trying tofigure out who to fire. On Tuesday afternoon he sees Jack and Jillstanding at the water cooler. He says to himself, “Okay it’s going to beone of them.”He spends the next few days scrutinizing what each of them does.Everything is equal. Productivity. Time off. Reports. Everything. He’sin a quandary. It’s Friday afternoon and he knows his going to have tothink about this all weekend. Everyone has left the office except Jack andJill, who are getting ready to leave. She comes over to say goodbye.”Have a good weekend boss. Hey you don’t look so good. Is everythingokay?”He looks at her and says “To be honest, I’m having a tough time here. Ican’t decide if I should lay you or Jack off.”And she looks at him and says “Well I have to catch a bus, so i suggestyou jack off.