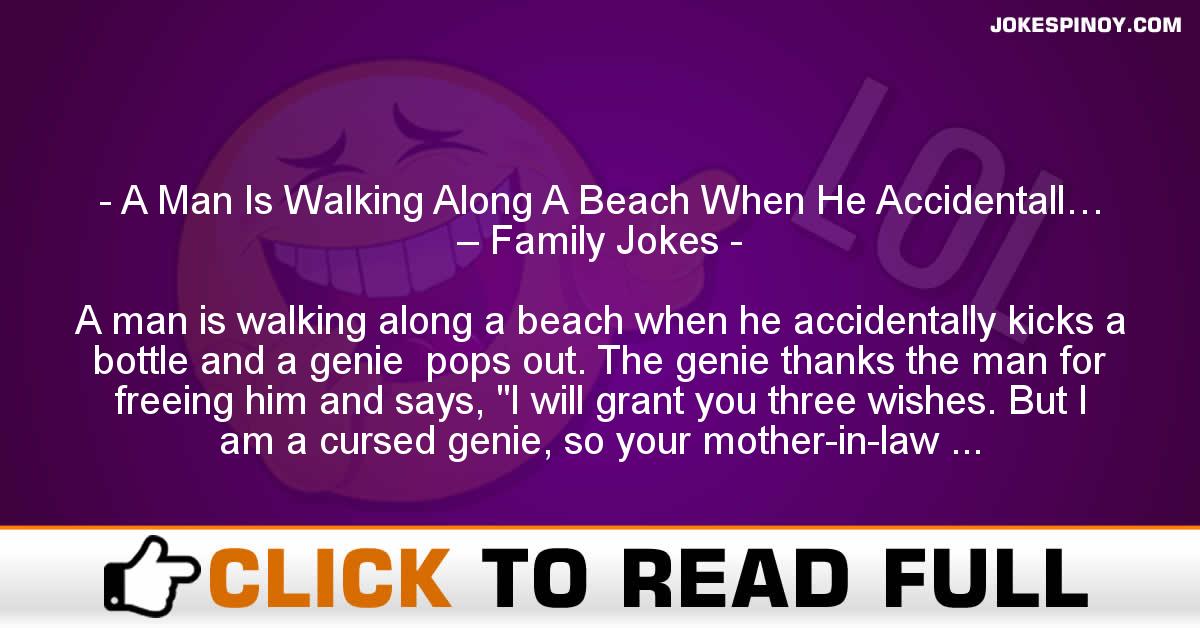 A man is walking along a beach when he accidentally kicks a bottle and a genie pops out. The genie thanks the man for freeing him and says, “I will grant you three wishes. But I am a cursed genie, so your mother-in-law will get double what you wish for.”
The guy agrees and says,” For my first wish, I want a luxury yacht.”
The genie says,” Your wish is my command!” and poof! A luxury yacht appears, and at the same moment, two yachts appear at his mother-in-law’s house.
“And for your second wish?” the genie asks. The guy says, “I wish for 10,000,000.”
“Your wish is my command!” the genie says. And poof! A pile of 10,000,000 appears in front of the man and at the same moment 20,000,000 appears in his mother-in-law’s bank account.
The genie says, “Now, this is your third and final wish, choose carefully.”
“I wish there was a guy here who will beat me half to death.”