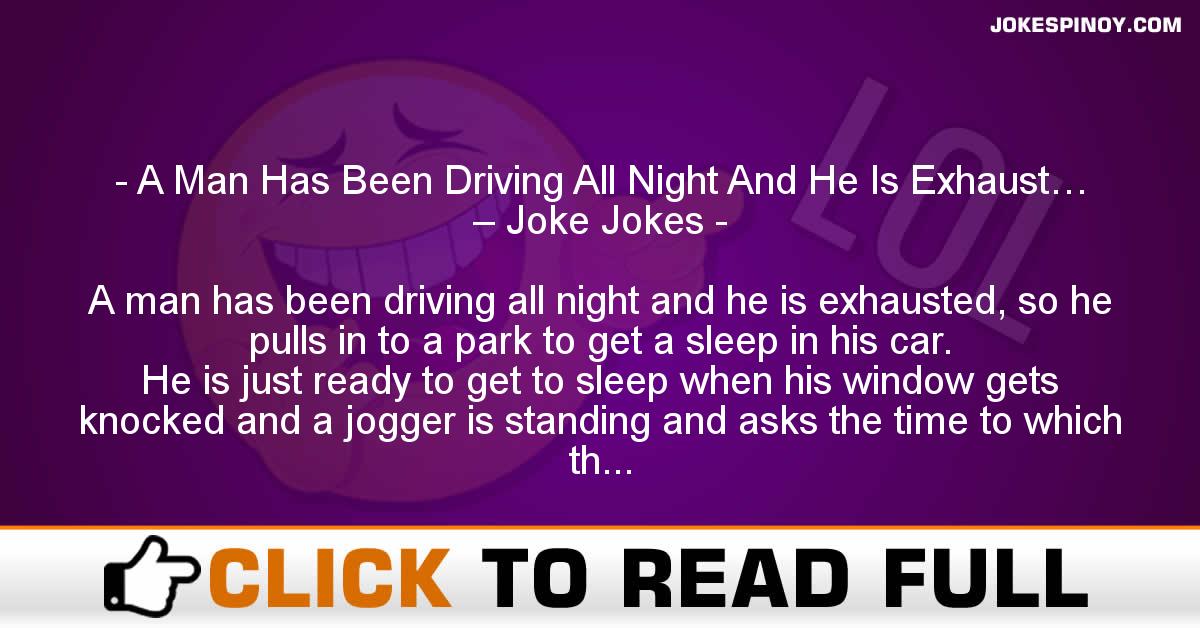 A man has been driving all night and he is exhausted, so he pulls in to a park to get a sleep in his car.
He is just ready to get to sleep when his window gets knocked and a jogger is standing and asks the time to which the man replies “it’s 7 o’clock”.
So the man is just about sleeping again when his window is knocked on again and another jogger is standing and asks the same question to which the man replies angrily ” it’s 10 past 7″.
The man now annoyed at the fact he can’t get to sleep takes a pen and some paper and writes “I do not know the time,” and sticks the sign to the window.
10 minutes later the man is dozing off when his window is knocked and a jogger is standing and the man shouts “WHAT DO YOU WANT?” and the jogger replies,
“It’s half past 7.”