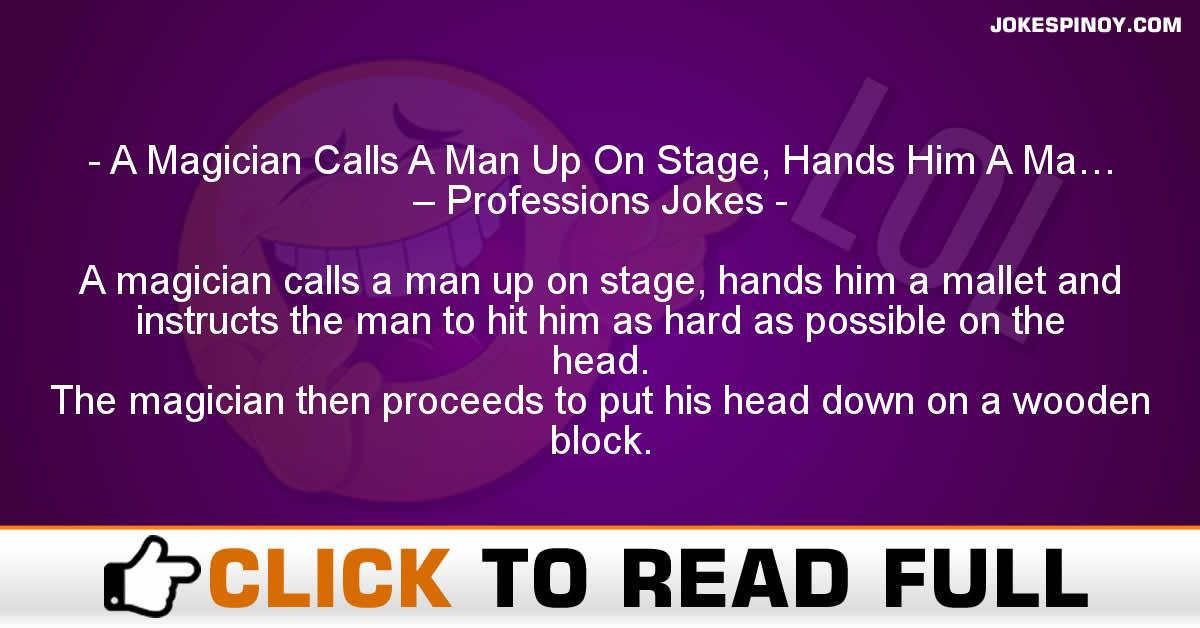 A magician calls a man up on stage, hands him a mallet and instructs the man to hit him as hard as possible on the head.
The magician then proceeds to put his head down on a wooden block.
The man shrugs his shoulders and takes a mighty swing.
Three years later, the magician wakes up from a coma in the hospital and goes, “Taa Daa!”