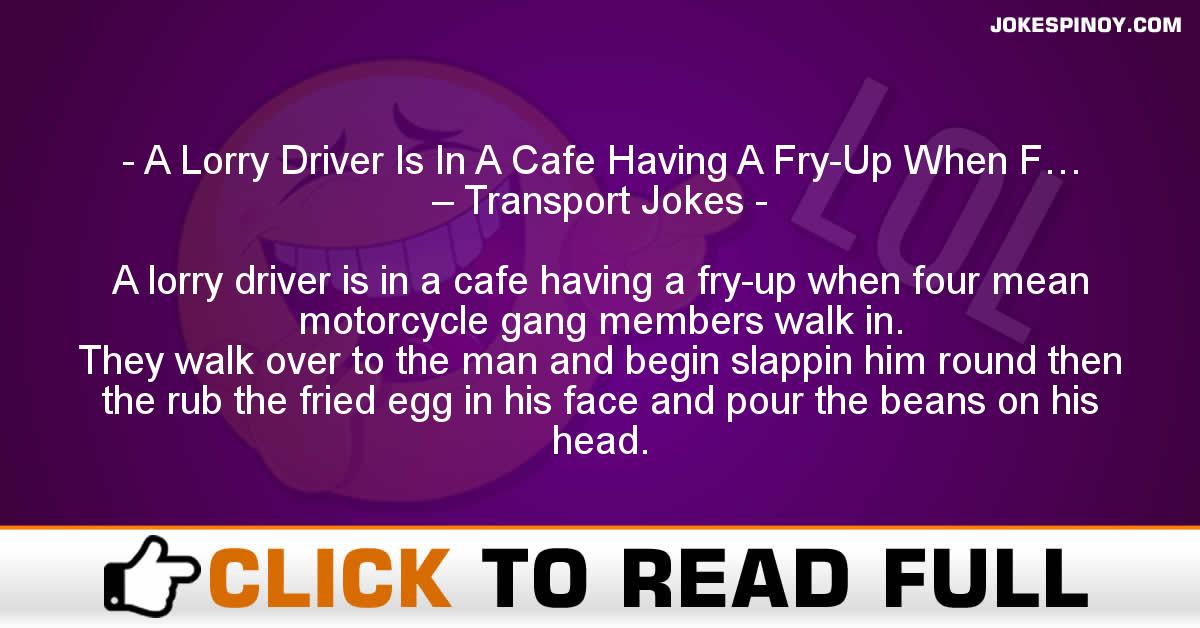 A lorry driver is in a cafe having a fry-up when four mean motorcycle gang members walk in.
They walk over to the man and begin slappin him round then the rub the fried egg in his face and pour the beans on his head.
The guy gets up pays for his breakfast and leaves.
The leader says to the waiter ”he wer’nt much of a man he did’nt even stand up for himself”.
To which the waiter replies ”he’s not much of a driver either he just drove over four beautiful motorcycles”.