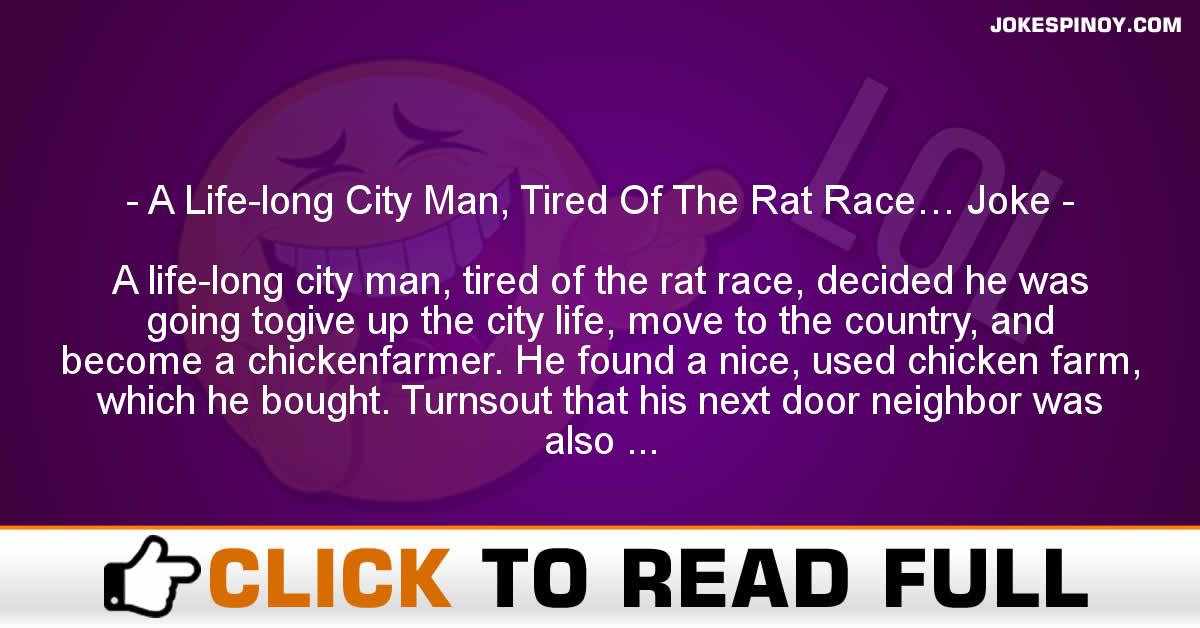 A life-long city man, tired of the rat race, decided he was going togive up the city life, move to the country, and become a chickenfarmer. He found a nice, used chicken farm, which he bought. Turnsout that his next door neighbor was also a chicken farmer. Theneighbor came for a visit one day and said, “Chicken farming isn’teasy. Tell you what. To help you get started, I’ll give you 100chickens.”The new chicken farmer was thrilled. Two weeks later the newneighbor stopped by to see how things were going. The new farmersaid, “Not too good. All 100 chickens died.” The neighbor said, “Oh,I can’t believe that. I’ve never had any trouble with my chickens.I’ll give you 100 more.”Another two weeks went by, and the neighbor stops in again. The newfarmer says, “You’re not going to believe this, but the second 100chickens died too.” Astounded, the neighbor asked, “what went wrong?What did you do to them?”Well, says the new farmer, “I’m not sure whether I’m planting them toodeep or not far apart enough.”

Topic of Interest:    tired of being in the rat race joke