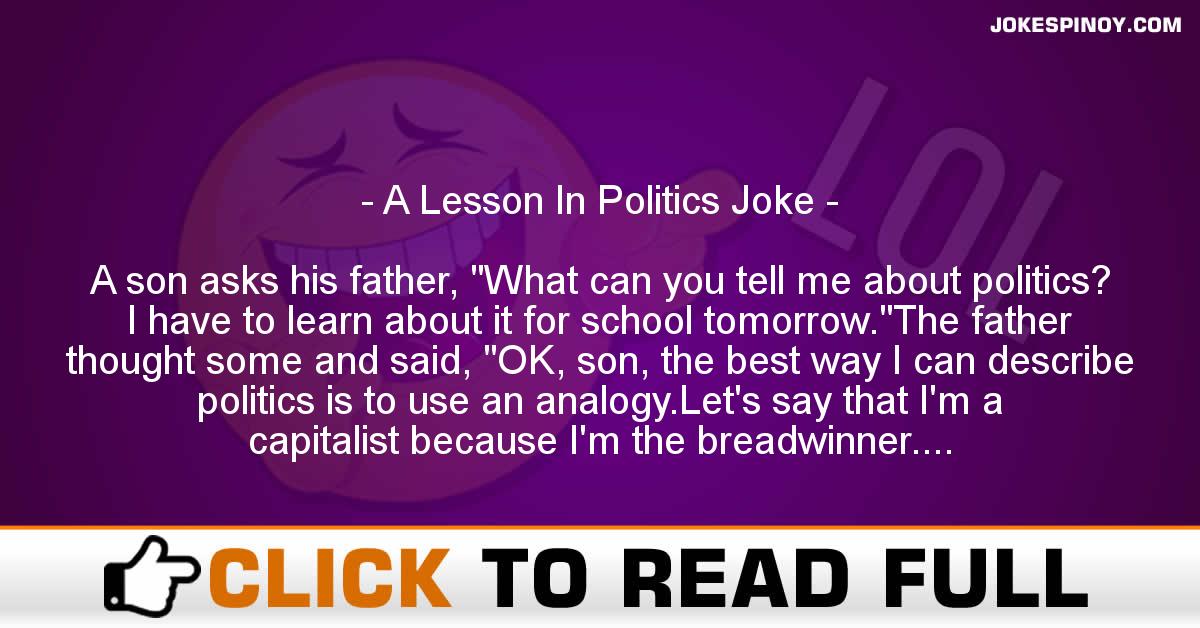 A son asks his father, “What can you tell me about politics? I have to learn about it for school tomorrow.”The father thought some and said, “OK, son, the best way I can describe politics is to use an analogy.Let’s say that I’m a capitalist because I’m the breadwinner.Your mother will be the government because she controls everything, our maid will be the working cla*s because she works for us, you will be the people because you answer to us, and your baby brother will be the future. Does that help any?”The little boy said, “Well, Dad, I don’t know, but I’ll think about what you said.”Later that night, after everyone had gone to bed, the little boy was awaken by his baby brother’s crying. Upon further investigation, he found a dirty diaper. So, he went down the hall to his parent’s bedroom and found his father’s side of the bed empty and his mother wouldn’t wake up. Then he saw a light on in the guest room down the hall, and when he reached the door, he saw through the crack that his father was in bed with the maid. The son then turned and went back to bed.The next morning, he said to his father at the breakfast table, “Dad, I think I understand politics much better now.””Excellent, my boy,” he answered, “What have you learned?”The little boy thought for a minute and said, “I learned that capitalism is screwing the working cla*s, government is sound asleep ignoring the people, and the future’s full of crap.”

Topic of Interest:    analogy of politics