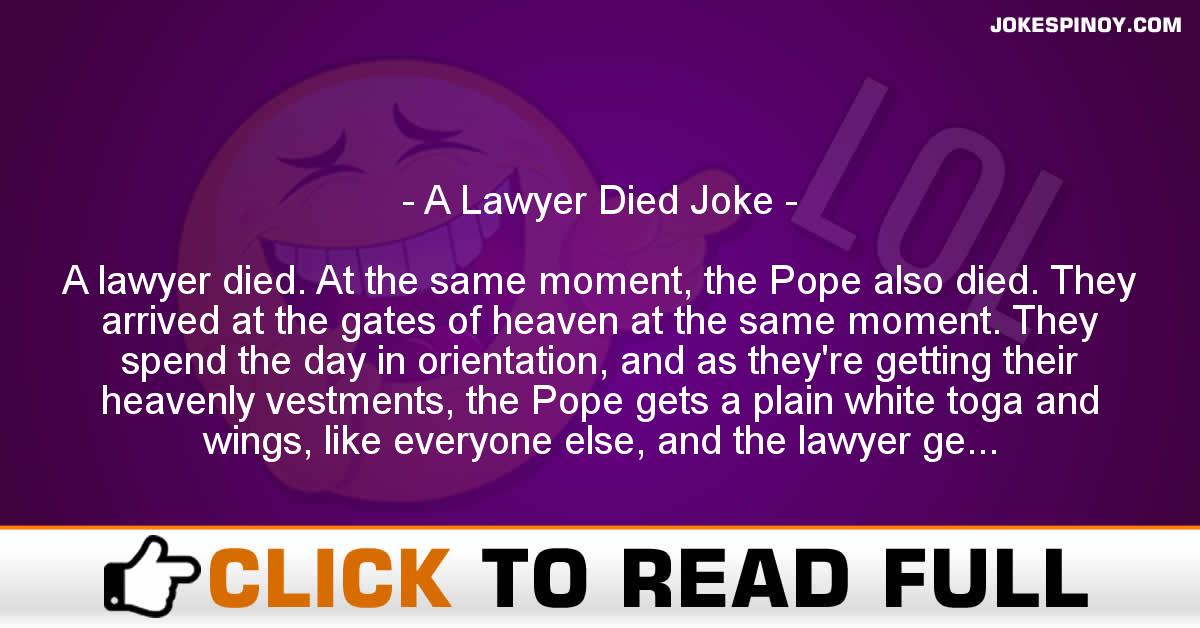 A lawyer died. At the same moment, the Pope also died. They arrived at the gates of heaven at the same moment. They spend the day in orientation, and as they’re getting their heavenly vestments, the Pope gets a plain white toga and wings, like everyone else, and the lawyer gets much finer apparel, made of gold thread, and Gucci shoes. Then, they get to see where they’re going to live?. The Pope gets what everyone else gets, a replica of a Holiday Inn room, and the lawyer gets an 18 room mansion with servants and a swimming pool. At dinnertime, the Pope receives the standard meal, a Manischewitz kosher TV dinner, and the lawyer receives a fine and tasty meal, served on silver platters. By this time, the lawyer is beginning to suspect that an error has been made, so he asks one of the angels in charge, “Has there been some kind of mistake? This guy was the Pope, and he gets what everyone else gets, and I’m just a lawyer and I’m getting the finest of everything?” The angel replied, “No mistake, sir. We’ve had lots of Popes here, but you’re the first lawyer we’ve ever had.”