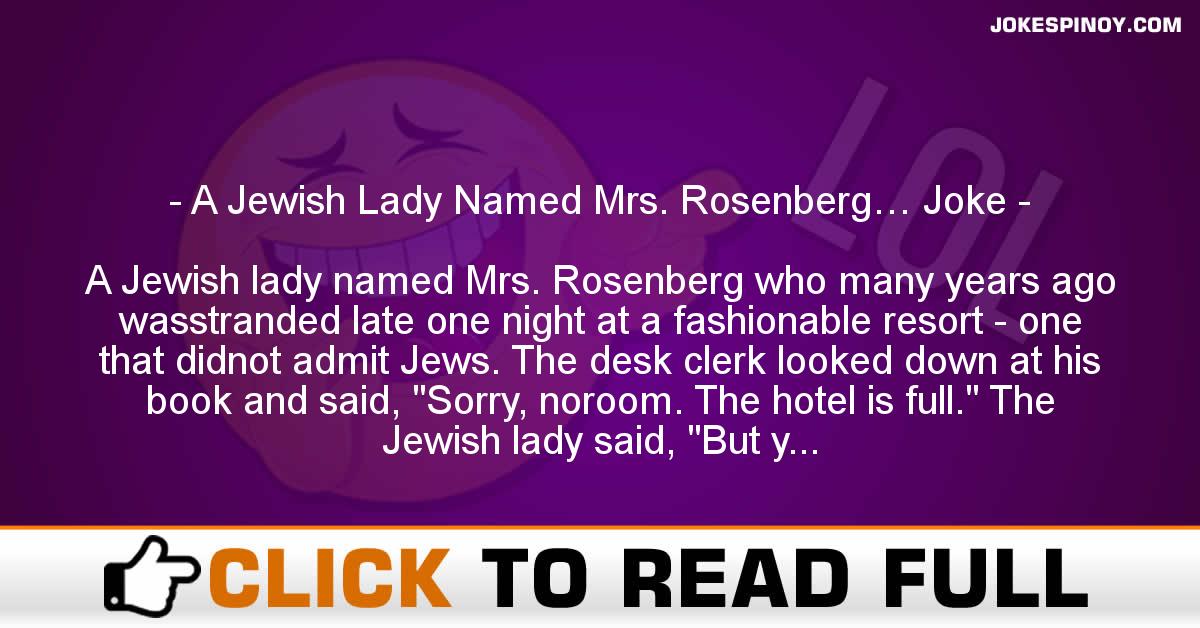 A Jewish lady named Mrs. Rosenberg who many years ago wa*stranded late one night at a fashionable resort – one that didnot admit Jews. The desk clerk looked down at his book and said, “Sorry, noroom. The hotel is full.” The Jewish lady said, “But yoursign says that you have vacancies.” The desk clerkstammered and then said curtly, “You know that we do notadmit Jews. Now if you will try the other side of town…” Mrs. Rosenberg stiffened noticeable and said, “I’ll have youknow I converted to your religion.” The desk clerk said, “Oh, yeah, let me give you a little test.How was Jesus born?” Mrs. Rosenberg replied, “He was born to a virgin named Maryin a little town called Bethlehem.” “Very good,” replied the hotel clerk. “Tell me more.” Mrs. Rosenberg replied, “He was born in a manger.” “That’s right,” said the hotel clerk. “And why was he born in amanger?” Mrs. Rosenberg said loudly, “Because a jerk like you in thehotel wouldn’t give a Jewish lady a room for the night!”

Topic of Interest:    joke betleheen because a jerk like you