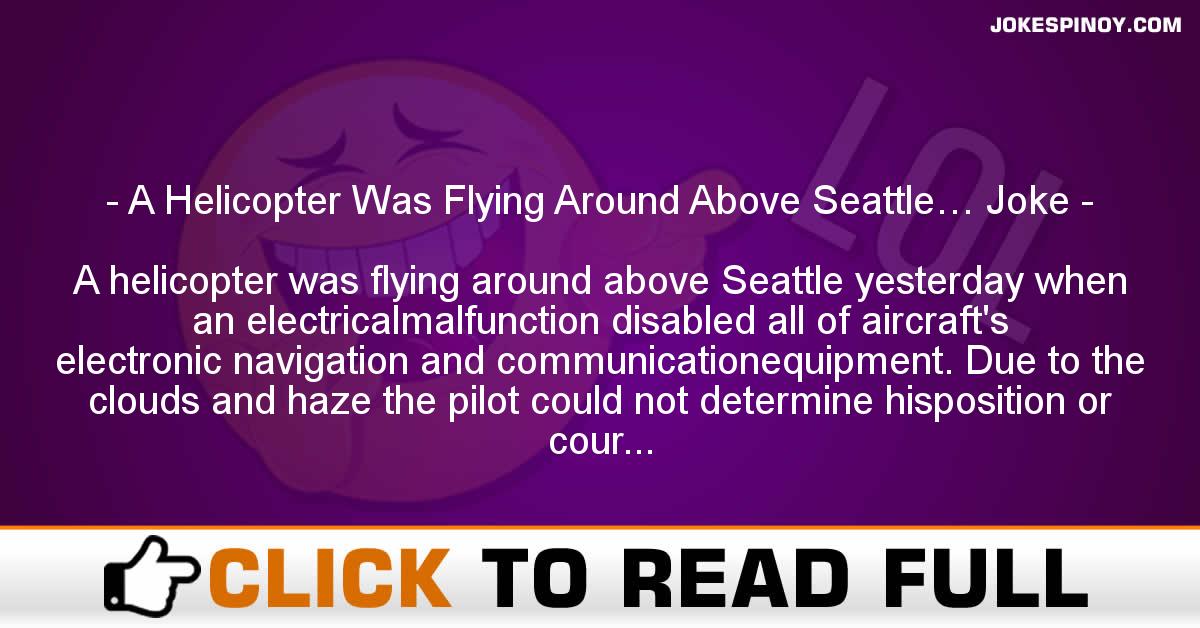 A helicopter was flying around above Seattle yesterday when an electricalmalfunction disabled all of aircraft’s electronic navigation and communicationequipment. Due to the clouds and haze the pilot could not determine hisposition or course to steer to the airport.The pilot saw a tall building, flew toward it, circled, drew a handwrittedsign and held it in the helicopter’s window.The sign said “WHERE AM I”? in large letters.People in the tall building quickly responded to the aircraft, drew a largesign an held it in a building window. The sign said, “YOU ARE IN AHELICOPTER”.The pilot smiled, waved, looked at his map and determined the course to steerto SEATAC ( Seattle/Tacoma) airport and landed safely.After they were on the ground, the co-pilot asked the pilot how the “YOU AREIN A HELICOPTER” sign helped determine their position. The pilot responded, “I knew that had to be the Microsoft building because they gave me atechnically correct but completely useless answer”.

Topic of Interest:    joke about a helecopter flying over Seattle