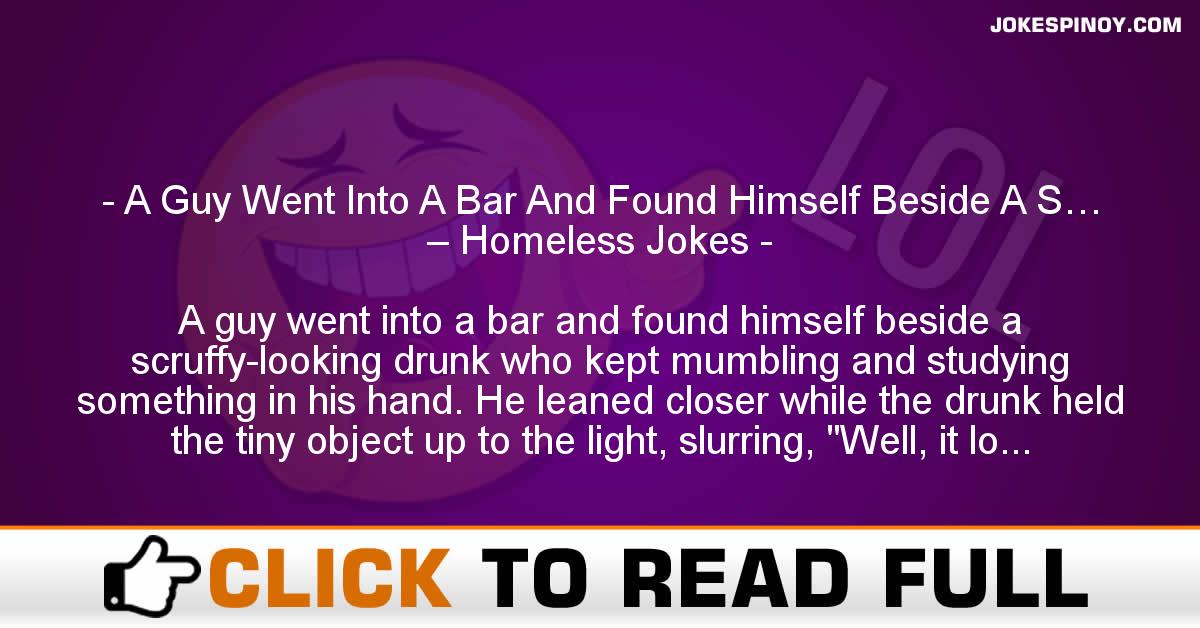 A guy went into a bar and found himself beside a scruffy-looking drunk who kept mumbling and studying something in his hand. He leaned closer while the drunk held the tiny object up to the light, slurring, “Well, it looks plastic.” Then he rolled it between his fingers, adding, “But it feels like rubber.”
Curious, the guy asked, “What do you have there?”
The drunk replied, “I don’t know, but it looks like plastic and feels like rubber.”
The guy responded, “Let me take a look.”
So the drunk handed it over and the guy rolled it between his thumb and fingers, then examined it closely by sniffing and licking it. “Yeah, it does look like plastic and feel like rubber, has no significant smell or taste. I sure don’t know what it is. Where did you get it?”
The drunk replied, “Out of my nose”.