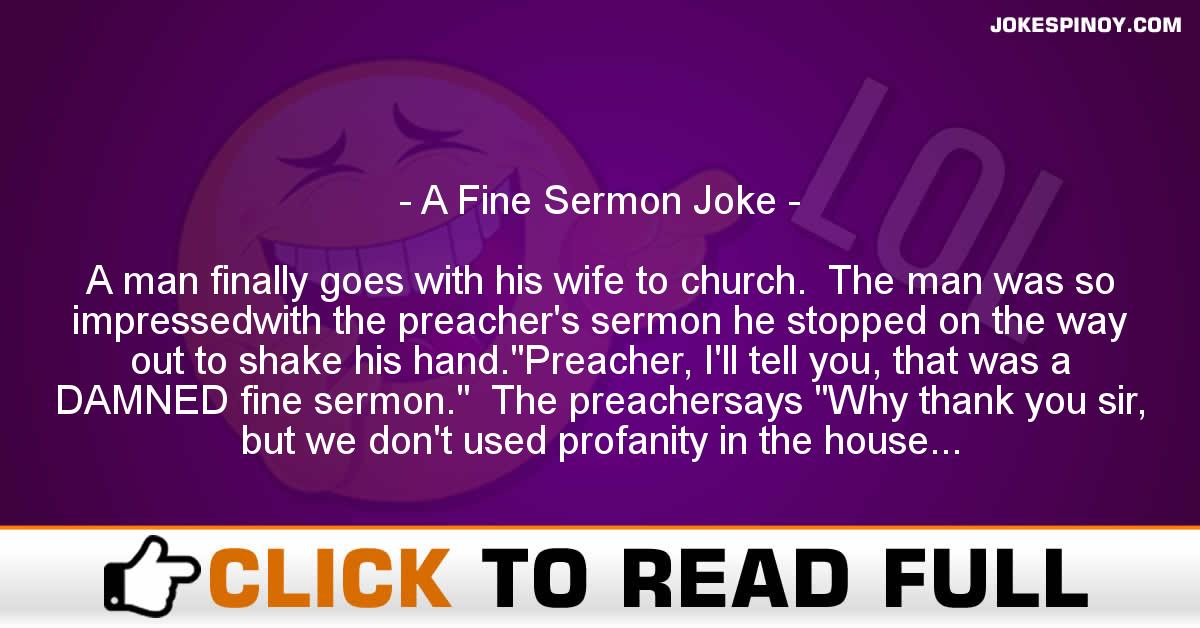 A man finally goes with his wife to church. The man was so impressedwith the preacher’s sermon he stopped on the way out to shake his hand.”Preacher, I’ll tell you, that was a DAMNED fine sermon.” The preachersays “Why thank you sir, but we don’t used profanity in the house of the Lord”.The man says, “But preacher, that was the best DAMNED sermon I ever heard.” The preacher says again, “sir I must be blunt, DO NOT use curse words in the Lords house again”. The man says “Well I was so impressed with your sermon that Iplaced $1000 dollars in the collection plate”. The preacher says “NO SHIT”?