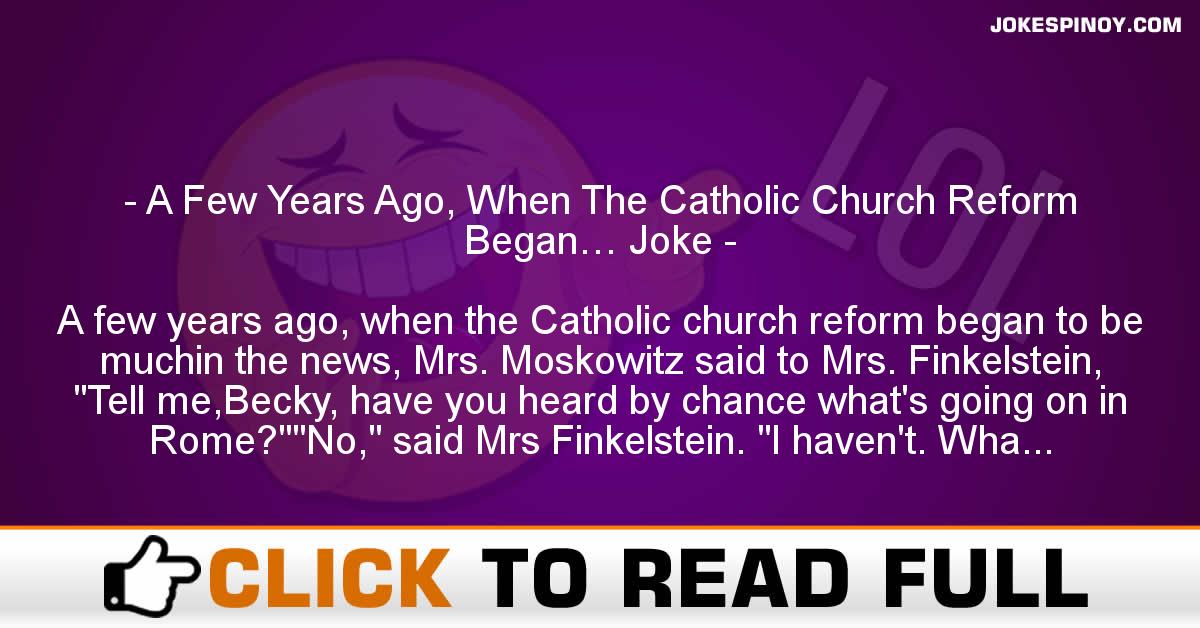 A few years ago, when the Catholic church reform began to be muchin the news, Mrs. Moskowitz said to Mrs. Finkelstein, “Tell me,Becky, have you heard by chance what’s going on in Rome?””No,” said Mrs Finkelstein. “I haven’t. What’s going on in Rome?””A meeting of high Catholic churchmen has, among other things,decided that the Jews are not responsible for the crucifixion ofJesus.”Mrs Finkelstein raised her eyebrows. “Indeed? And who is responsible, then?””I’m not sure,” said Mrs. Moskowitz. “I think they suspect the Puerto Ricans.”