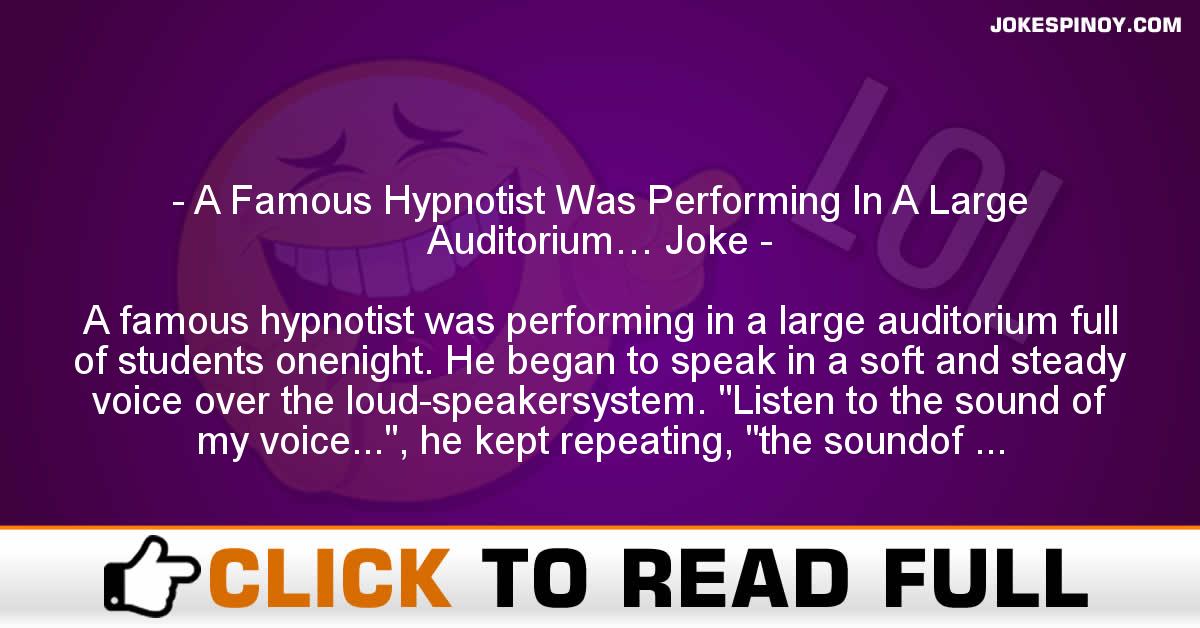 A famous hypnotist was performing in a large auditorium full of students onenight. He began to speak in a soft and steady voice over the loud-speakersystem. “Listen to the sound of my voice…”, he kept repeating, “the soundof my voice… every word is a command… the sound of my voice…” Prettysoon, he had every single student in the audience completely mesmerized, eachone hanging on his every word.Needing to take a quick piss, he announced “I will have to leave the stagefor a moment, but you will all remain in a trance while I am gone” And thenhe repeated the words “the sound of my voice… every word is a command.” Ashe turned to go, he tripped over the microphone cord, landed on his butt,and yelled “SHIT!”