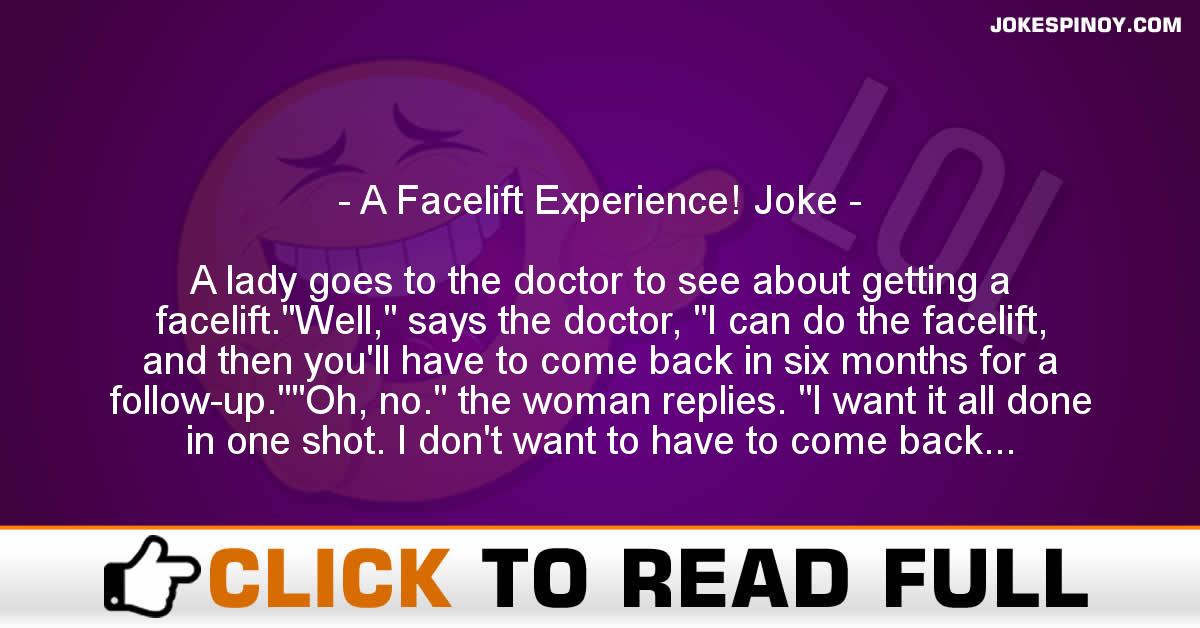 A lady goes to the doctor to see about getting a facelift.”Well,” says the doctor, “I can do the facelift, and then you’ll have to come back in six months for a follow-up.””Oh, no.” the woman replies. “I want it all done in one shot. I don’t want to have to come back.”The doctor thinks for a second, then offers, “There is a new procedure where we put a screw in the top of your head. Then anytime you see wrinkles appearing, you just give it a little turn, which pulls the skin up and they disappear.””That’s what I want!” exclaims the lady. “Let’s do that.” Six months later the lady charges into the doctor’s office.”Well, how’s the procedure holding up?” the doctor asks. “Terrible!” the lady bellows. “It’s the worst mistake I’ve ever made.””What’s wrong?” asks the doctor. “Just look at these bags under my eyes!” she hollers.”Lady,” the doctor reports, “those aren’t bags, those are your boobs, and if you don’t leave that screw alone, you’re going to have a beard!”