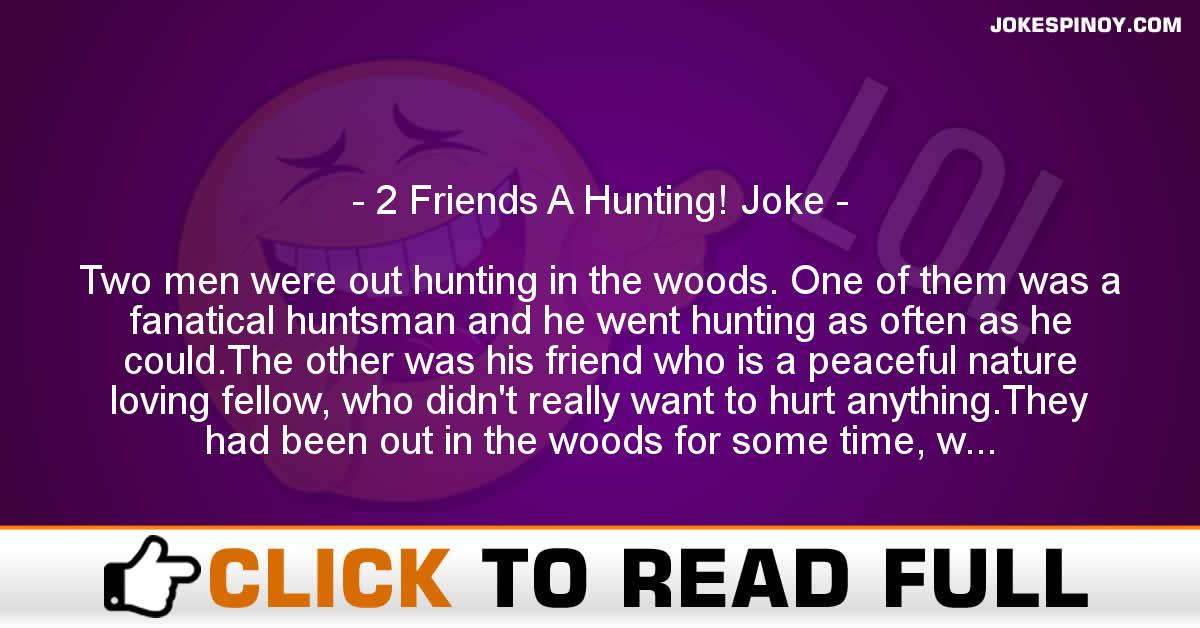 Two men were out hunting in the woods. One of them was a fanatical huntsman and he went hunting as often as he could.The other was his friend who is a peaceful nature loving fellow, who didn’t really want to hurt anything.They had been out in the woods for some time, when they picked up the tracks of a deer. They soon caught up with it, and when they saw it, it was obvious why it had been so easy to catch up to – it had a terrible infection over it’s left eye, which it couldn’t even see out of.The hunter started to take aim with his shotgun, but his friend begged him to stop.Hey! he said, “Can’t you see that’s a bad eye deer?”